It might seem hypocritical but if any other band released Popular Songs they’d be accused of not knowing what type of record they were trying to make. This is something that many bands, especially slightly more adventurous ones, often find themselves accused of. It’s a non-argument, of course, as it carries with it the implication that bands should be releasing types of records. Yo La Tengo, being the indie-rock elders that they are, generally transcend these sorts of discussions.

The first song (and first single) on the record, “Here to Fall,” is the first indication that perhaps Popular Songs isn’t going to be the hit parade it has advertised itself as. It is a throbbing, trippy number propelled by rubbery vocals, dramatic strings and lyrics about the potentially painful obligations that come with being in a relationship: “I know you're worried - I'm worried too/But if you're ready, I'm here to fall with you.” It is, admittedly, a fantastic single, but is it a pop song? Well, of course, but it is a pop song that has been filtered through Yo La Tengo’s sensibilities.

The second track, “Avalon or Someone Very Similar” is breezy psychedelia, whose vocals are mixed in such a way that the only lyrics that stand out are the “ooh ooh oohs” at the end. This is followed by “By Two’s,” a pretty little droner that would have fit in very comfortably amongst the programmed drums and droning organs of And Then Nothing Turned Itself Inside-Out. The next two songs are brighter and punchier: from the straight out fuzz of “Nothing to Hide” to the organ-led funk of “Periodically Double or Triple.” The latter is especially devilish, with charming lyrics – “Never read Proust, seems a little too long/Never used the hammer without somehow using it wrong” – and a wild organ solo to round it out. This, then, is the pop music that Yo La Tengo’s is referring to: a walk in a daze through half-remembered pop genres that are put together with killer musical sensibility.

Matters take a turn towards the last quarter of the record, however, where the total time of the last three tracks is longer than the total time of the first nine. Long songs in which Yo La Tengo stretch out are not uncommon – there’s usually one or two per record – but it is strange to find them at the end of the album tacked on almost as an afterthought. Of course, these aren’t afterthoughts. The first of the three songs, “More Stars Than There Are in Heaven,” which is vaguely reminiscent of the last track from I Am Not Afraid of You and I Will Beat Your Ass is the easily the best. However, the aptly titled “The Fireside” – as its gently strummed guitars and Ira’s ruminations sound like they came together on a camping trip – is also very good. The last track, and the longest on the record, “And the Glitter is Gone,” is a skronky guitar/noise instrumental that nicely closes out another excellent Yo La Tengo release. It shows that a quarter of a century on, Yo La Tengo are still doing what they do best: making pop songs for people that don’t like pop music. 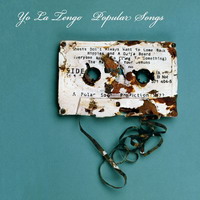