One might be well inclined to meet Sierra’s earnestness and e-hustling with a little cynicism. The debut EP, after all, when pre-ordered came with a signed poster, a postcard, and was limited to one hundred copies that were individually numbered.

The coverage was relentless: Facebook posts exhorted fans to post pictures of their EPs on Instagram (which I did); Tweets pointed users to Instagrammed invites to hear the EP stream on Youtube – if it was anything, it was savvy.

However, “Might be well inclined...” if it weren’t for the fact that the band seemed nothing but genuine, and in an almost sickening way. This was no hustle. This is five young men who are unaffectedly and unashamedly attempting to reach out to their community, be it by donating a portion of the proceeds of their sales to a charity or by posting a charmingly delivered but unguarded mission statement or, even, by the offer of an invitation to just talk.

Now all this contextualising is just spitting in the wind unless we talk about the music. The EP is five songs clocking it at a palatable 16-minutes of melodic hardcore. On that first listen, as with, admittedly, most punk rock, there isn’t much in the way of dynamics, save for the third song, “Imagery,” where a quiet guitar playing a polite melody of bending notes is subverted by the shredded vocals of singer, Brett.

It’s the second, third, fourth listen where the record invariably opens up, and it helps if you listen to it at least a few times with the lyric book in front of you. This helps not only with interpretation – because, hey, shrieking is shrieking – but in discovering that all the talk of positivity and friendship and the search for something more meaningful that material concerns that the band has tweeted, written and spoken about wasn’t just empty words but a prototype for living. This EP is a statement of intent.

The presales have been presold, but you can listen to their music here and you can buy it here. Throw them some money, though, because they are working on something bigger than themselves and they deserve to be supported.

Also, they are from Mount Gambier, which is where Dave Graney is from, so they have pedigree. 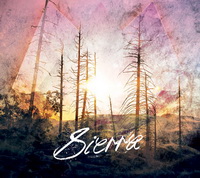