It’s hard to imagine, but there are still bands that can live up to the hype that precedes them. After all, there are only so many times that rock n’ roll can be saved (or be said to be saved) before yr ready to fuck it all to hell and hunker down with some Slint records and a Mission of Burma EP. This, at least, is the excuse I give for having taken so long to pick up Royal Headache’s self-titled debut.

At its core Royal Headache is a punk band running through twelve songs in just under 27-minutes of trebly lo-fi scrappiness that don’t stray too far beyond simple verse-chorus-verse structures. That, in itself, would’ve made for a fun record. What makes Royal Headache really stand out, especially on that first listen, is vocalist, Shogun. Sounding more like a soul-singer – and this seems to be the agreed upon description – than a punk, Shogun croons and warbles... well, beautifully, and he is never betrayed by the rough production behind which his lyrics about love and loss remain tantalisingly hidden.

Only when the shock of hearing Shogun for the first time, which is one of those jaws-agape moments, recedes, do you realise just how great the rest of the band is. Far from just being chivvied up rock n’ roll music – the bedrock of most punk music – these songs sound more like what was being put out during the pre-drug sixties, poppy and melodic, and with more hooks in one album than some bands will stitch together over a whole career.

There are two instrumentals on the record: one smack-dab in the middle, the second towards the end. These help give the album a respite from its break-neck speed and, as these are the most instrumentally melodic tracks on the album, they allow the band to show off their chops a little, proving that it isn’t just Shogun’s show.

Truth be told I don’t go for any of that saviour noise and, to be honest, I can’t say whether I’ll be listening to this record in five years. For now, however, Royal Headache is one of the best things out there and you’d be a fool not to believe the hype. 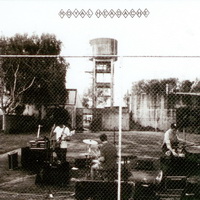