Before Prospero was released in 2008 it was difficult to see in what direction the band would be heading. After all, their drummer, Graeme, had left the fold and had been replaced by the redoubtable Jared Harrison, and there was also a new guitarist, Tristan Courtney-Prior, in tow. These changes prompted the question of what the band would now sound like: Jared and Graeme are very different types of drummers and a four-piece – at least a good one – shouldn’t sound like a three-piece.

Prospero was, happily, a success and it took the band to a different place. I mean that metaphorically. This time around the question marks (also metaphorical) hanging over the band’s next record had largely given way to anticipation, which was keenly felt on my part at least, as I had not heard any of the new songs or even the seeds of the new songs until I got my hands on a copy of the record.

Any discussion of the new record has to involve its title, which has been floating around since at least the end of April. This is because Loose Maniesto is the least coherent record that Peabody have released, though you can, if you try, find in its bones the bittersweet sigh that was Prospero.

“This Empty Road” kicks the album off. It is an existential meanderer that augments its lyrical disquiet with a touch of viola and that sound-effect that sounds like a piano crashing off in the distance. As an opening salvo it is brave as it is the first time a Peabody record hasn’t opened with a crash or a bang. It is also, it should be said, the perfect way to introduce Loose Maniesto as it serves to skewer expectations utterly. After that first song, one realises that this album is going to be anything but straightforward.“Black Narcissus” follows next and when that spaghetti western riff gives way to galloping guitars and drums you can tell why this three-minute burner was chosen as the first single – it is Loose Maniesto’s “Got You on My Radar” or “The Devil for Sympathy.” Having said that, there is still something a little subversive about “Black Narcissus,” and you can’t imagine that it would ever fit in with the band’s other singles.

From this point forward it becomes futile to presage the record. The next two songs are, for example, another blow to expectations. “Dead Head” is a dirge, simply put; one made dirgier-still by the heaviness in the vocals (achieved by Bruno and Ben singing at the same time) and by the wash of cymbals and guitar noise that see the song out. “No New Riffs,” on the other hand, slated to be the second single, is the complete opposite: a chiming pop song.

And so the loose structure of the record unfolds. There are a few rockers, including the title track, which features Ben bellowing into a megaphone and “Already Won,” which is the closest the band gets to sounding like their The New Violence days; and there are some ballads and poppier numbers, the highlight easily being “Mirror Mirror,” a rolling dream-pop number replete with “LA LA LAs” and an outro guitar/noise solo that strives to undo the pleasant floating feeling that the song set out to achieve.

What makes Loose Manifesto such an accomplishment – and an argument can be made for it being Peabody's best – is that it was the first one produced by the band. Small touches like Ben and Bruno singing together on “Dead Head” or the very tender way that Bruno’s and Trix’s guitars play off one another towards the end of “Take it From Me,” another of the record’s ballads, highlight the fact that Peabody, very much like the cunt, has come into its own.

This is an exceptional collection of songs structured in such a way as to leave you vaguely reeling. Go with it. 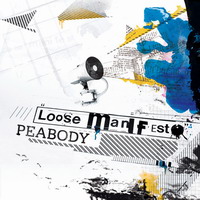