El-P handles production on eight of the eleven tracks, with Mr. Lif producing two and Nick Toth producing the last.

OK, so, the first three songs are good but I'm starting to feel a little odd about how this record is progressing. It's turn for "The Fries," now, and the breakdown and segue into another beat is surprisingly refreshing, a little too refreshing... I wonder why? By the time we get to "Take, Hold, Fire!" however, which, given the guests (Aesop Rock & El-P) should have been a monster track, things are starting to get a little stale, and things are also starting to make sense. It's not that the music is bad, it isn't; it's that, simply, there's been too much of the same thing. In fact, I'd say that "Take, Hold, Fire!" does exactly what El-P was trying to do with this record best: the heavy beats, the stuttering funk, the dirty music, etc, but, being that it's the fifth song, it has lost a lot of its impact.

This brings me to my main problem with Mo' Mega — everything sounds so similar. Even El-P's excellent production can't make us forget that Lif's previous records were so amazing precisely because the style was flipped and reversed so often. Below you'll find a picture of this record (go on, scroll down); see how it looks dense with little to no variation in colour? That's what this album is starting to sound like.

Six songs in we find a slight reprieve — the two songs that Lif produced. The first, "Murs iz My Manager," a fun little track (featuring, rather obviously, Murs) affords a nice break from the heavy, pounding El-P production, and makes use of a pretty goddamn funky horn sample. The second, "Washitup!" is just plain offensive — I don't even want to begin to imagine what Germs would say about it. Basically, it's Lif's dancehall reminder to a potential groupie to bathe before heading over.

From here on out we return to what I really must insist is excellent production on the part of El-P. (The lady doth protest too much, methinks.) The next three songs, I have to admit, though, are kind of blurred in my mind and I can't seem to separate them out. The last song, the Nick Toth song, "For You," closes out the album on an introspective high.

Mo' Mega has something of a loose conceptual framework — rather than elucidating this concept with the songs, however, there's just a concise message in the liner notes that explains what's going on. Briefly, it's the chasm between the wealthy elite, "Mega," the hyper-modernized world, and the disenfranchised, "Mo'," which represents the dialect of the Black slave in America. Lyrically, Lif is on point, fiercely attacking his usual targets, consumerism, this time, getting a thorough workout. The links back to his notion of "Mo' Mega" are sometimes a little tenuous, however, and I can't help but think that the concept is perhaps a little too loose.

Mo' Mega is a good album that makes a few lyrical missteps and relies a little too heavily on the same formula. I'd say that if you're a Mr. Lif fan you should consider picking this up after giving it a listen at the record store. (People still buy records, right?) If you're just starting out I'd suggest I Phantom and spreading out from there. 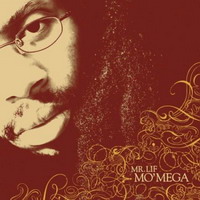