"Vacuum Garden," the spaciest song on the record, is six minutes of the same note increasing in pitch, or perhaps tone, I don't really know what these terms mean, increasing until it sounds like something not unlike an air raid siren. As a song it's not really a song. However, in its context with the rest of the album, it serves as an interesting stopgap — or, perhaps — windbreak: a non-song-song sitting neatly between the song-songs.

"Plotinus," too, sells itself well, especially with the THRUUM THRUUM, which, if you've heard the song — and you take into consideration the spindly counter-melodies — you'll surely agree is the song, or, at least, a large part of the song. "You will please count them," said Chichikov to the steward, "and make a detailedTHRUUM THRUUMthe first song, "Hello Meow," is is a bouncy,

So, to recap, with Hello Everything Squarepusher has produced Squarepusher - Hello Everything, which sounds excellent. There are some fast, breakbeat songs and there are some slower, jazzier songs. The bass, in all its guises, is used extensively and used well. "The Modern Bass Guitar," sounds nothing like a modern bass guitar, which I suppose was the was the point. This record sounds more organic and sunnier than Square's last. It sounds, let's see, like a rainbow. Yes!

You should probably buy this record. 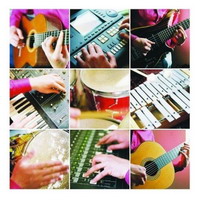 Hello Everything comes with a bonus 3" CD that contains five re-mixes of "Vacuum Garden." "Vacuum Garden," you'll remember, is that song with the slight variation in tone and not really much else. Why we would need five more of the same track, albeit with a different