I'm more than a little cautious these days when it comes to accepting the words of thinkers — even brilliant ones, like Dawkins — when they're delivered outside the area of their expertise. Richard Dawkins is an ethologist and an evolutionary biologist, but he is not a philosopher — as I had the misfortune of learning when I showed an essay Dawkins had written about the nature of truth (published in A Devil's Chaplain) to my girlfriend, who has studied philosophy. The hour and a half talk regarding truth, post-modernism and cultural relativism that followed doesn't bear repeating, and though I still don't know where I stand on the issue, I have learned to tread lightly.

Having said that, Dawkins is a brilliant scientist: The Selfish Gene, The Extended Phenotype, The Blind Watchmaker and Climbing Mount Improbable are absolute must-reads, both for the knowledge contained within and for his accessible, entertaining writing style. The God Delusion is a different beast, however, to his other books, even the not quite so scientific ones — it is, principally, a philosophical treatise, a rebuttal of religious faith. If you're at all like me, then, yes, it does seem a lot like kicking someone when they're down because — and I don't know how to put this gently — religious faith doesn't really have a leg to stand on. You don't, after all, need a Dawkins to neutralise the impotent argument of Pascal's Wager or to point out that, just because science can neither prove nor disprove the existence of god, it doesn't follow that the possibility of either must, therefore, be equiprobable, etc.

Whilst Dawkins targets supernatural belief in the general sense, he contextualises his arguments by more often than referring to the monotheistic, Abrahamic religions, those that impinge, in his words, "most threateningly on all our societies." This he does because of his assumption that this is what most people reading this book will be familiar with. There is a brief mention of polytheism, NOMA (non-overlapping magisteria) and, of particular importance, the limitations of the agnostic position, but it is at monotheism that Dawkins aims his cannons.

Dawkins then targets the most popular arguments for the existence of god, starting with Aquinas' "proofs", which is a good place to start if you're not looking to break into a sweat. The ease with which the first four are dispatched is rather embarrassing — after all, of these four, the first three are basically the same, though slightly tweaked. The fifth "proof", the "argument from design", is somewhat more robust, though only if you refuse to accept the mass of astronomical, paleontological, geological and (increasingly, these days) genetic evidence in favour for the theory of evolution by natural selection. Moving on from here Dawkins scrutinises a host of other arguments for the existence of god. These range from the credible — "The ontological argument and other a priori arguments" — to the simply woeful — "The argument from scripture" or "The argument from beauty."

Dawkins dedicates a chapter each to the roots of religion and the roots of morality, providing for both, as any good evolutionist would, a possible Darwinist explanation. These chapters, and, indeed, the few that follow, in particular Dawkins' exposition on why religion is actually a harmful force and why he considers the religious instruction of a child to be comparable to abuse, are as interesting as they are contentious.

It is with some regret that I call The God Delusion essential reading. I don't say this to disrespect Dawkins in any way — in fact, if you happen to be a fan of his other books, you'll probably this new book quite enjoyable. I also don't say this with regard to the ideas contained within — again, they're not entirely new, and Dawkins strings the ideas together well and coherently — well, as far as I, a scientist, not a philosopher, am concerned. No, the regret stems from the fact that despite hundreds of years of science and philosophy Dawkins obviously still felt that this book had to be written. 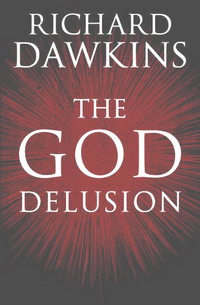