Kid Koala records are, by and large, fairly consistent affairs, and this, the third Kid Koala LP now to offer the same charming mixture of nonsense samples and expert turntablism clinging to a skeleton of old jazz and funk records, doesn't disappoint. As per usual, Your Mom's Favorite DJ flaunts Kid Koala's excellent nose (ear?) for samples, which range from the terribly hip (Ricky Gervais and Stephen Merchant) to the incredibly banal (CSI: NY) to the completely obscure (just about everything else).

Whilst there is nothing on the new record that is as fully realised as "Basin Street Blues" or as emotive as "Space Cadet 2," both from 2003's Some of My Best Friends Are DJ's, this is not to suggest that the new record is devoid of great moments. Rather, the focus this time around seems to have been on putting together a party album, and, at this, Kid Koala succeeds admirably.

The main difficulty with Your Mom's Favorite DJ is structural, not musical. The decision to split the record into three tracks (two, really) is frustrating, especially as the back of the album clearly shows that these two tracks are made up of a number of different "songs." As a result, when there is a moment that is a little more poignant than party — as there is eight or so minutes into the first track — one can't easily skip back to experience it again. This is a minor complaint, though, and it doesn't detract from another successful record. 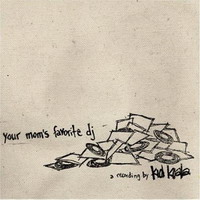