Charles Darwin, famous for his theory of evolution of species by natural selection, was, as you may or may not know, born on the 12th of February, 1809. Darwin Day, far more than just commemorating the man, aims to celebrate science and humanity in general. In aid of this, two speakers were organised for an event hosted by the Humanist Society of New South Wales to be held at The Sydney Mechanics' School of the Arts: Dr. Andrew Simpson and Dr. Robin Holliday.

The Sydney Mechanics' School of the Arts, located on Pitt Street near Town Hall Station, was originally a school for Scottish artisans and mechanics, later a technical college, and, though no longer offering classes, still hosts a series of free public lectures. It is also Australia's oldest lending library.

Dr. Simpson, with a Ph.D. in palaeontology, was, by his own admission, the warm-up act. Nevertheless, his talk on fossils, natural history, museums and their relation to Charles Darwin, peppered as it was with joking asides, was as thoroughly entertaining as it was informative.
Dr. Holliday, too a doctorate holder, as well as Fellow of the Australian Academy of Science, was the meat and potatoes of the night, delivering a treatise on why religion and science are fundamentally incompatible. A little drier, sure, than Dr. Simpson, but with a subject matter that easily captured attention.
His conclusion, his six points as to why he believes science and religion to be incompatible, was, it must be admitted, nothing new or revelatory — after all, it really doesn't take radical mental gymnastics to reach these particular conclusions — but it was a pleasure to hear, nonetheless.

The two speeches were followed by a quick question and answer session — one that nearly dissolved into a bitch session about creationists before being dragged back on topic. It should be noted that there was also resistance to these crazy ideas about evolution — dissent was met in the form of a cranky, creaky old man, indignant at the incredible (and, unfortunately for him) rather misunderstood notion that we were somehow descended from tree shrews. An admirable attempt from the old man, no doubt, but unfortunately no amount of sputtering could make him sound coherent.

A raffled bottle of wine later and we hit the streets, content in the knowledge that we were dying and that that was OK. 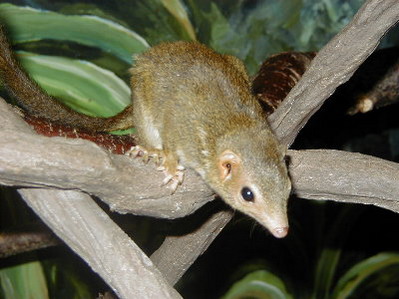 you picked up a bible
and now you're gone