Finish lines are made of heart strings

Lose the skin and bones and the hip replacements. Lose the sessions in the hyperbaric chamber. Forget the slim improvements off junking on steroids to improve performance (when you have no genitals, you lose the drag). Races and paces, times and places are set now with the pit crew lining up with prosthetic cases.

This future's present tense is of a track and field won and lost by the cyborgs and enhanced humans; the beings without and with limbs titanium, carbonite and graphite.

No, they are not Paralympians or disabled athletes. They're in a vehicle class all their own. The designated driver behind their ankles and pelvic thrusts.

Your long distance runner is now a human being with no legs, no arms and nothing but heart. All heart. Because training and whirring up the cogs and gears of desire still clang heart-wrenching clichés the world and blackmarket over.

Doesn't matter the manner in which the finish line snaps back and declares the winner. It's all academic as the song of hard work and long enduring thoughts of the podium linger on. The sweet euphony of your nation's song warbling on as the flag raises. A bellow of sprockets jostling for measure. 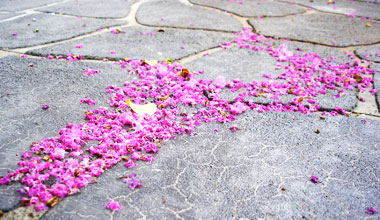 question your loyalty to pain

In glory or defeat, they measure the tragedy and meat of sorrow in tears as the back story unfolds.