Fake out burglars with forgeries and misdirection

Money, jewellery and electronics are the first victims to fall in your run of the mill, middle-of-the-day home invasion. Swap all of these out for counterfeits and rest a little easier knowing the fenced goods will spread a taint of the unremarkable and unwanted should the burglars think to visit again.

Other items such as clothes, furniture and tools also find their way on unexpected convicti tours as you're out partying up working the daily grind, slowly killing your will to live in order to eke a wage.

Articles and break-and-enter security advisors will rabbit on about protecting your home and creating that lived in stench anytime and day you're away. It's when that first line of defence fails that you need to look into.

Every gate, every window, every cellar door gets its hinges kicked in and made an entrance no matter how many other houses they've been cited as trapping the residents within as their houses and flats go up in flames from a wayward cigarette latching onto a couch.

Hiding your valuables in the pantry for where you get ingredients to make that dukkah you so love and the vindaloo your backend doesn't is an old game of failure and lack of trying. Just leave the keys in the door if you're not even going to bother.

Instead, have your fake television and stereo setups really be cupboards to stock the spices, flour, and raw food material that makes the meals that feeds the belly. Nobody watches television anymore, it's the latest enduring fad. The added heft to these hunks of electronic hock will make it seem like the sets are the real deal when it's just all-purpose flour and cornmeal.

Stocking your jewellery box with gumball necklaces and earrings spattered in patina and lamb's blood as you cast stacks of almost passable cash money atop a dresser will be the lodestone to the ironic thieves. Their grubby hands will dart to the honey pot, sweeping it up into their bags as they rush to clear you out. 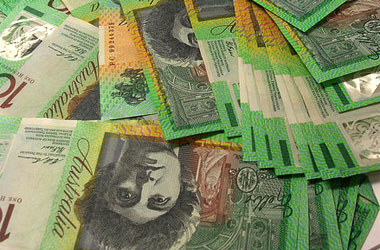 plastic is yet another fabric to falsify

Marking your home as one place of undesirable and low quality knock-offs will pay itself in perpetuity when the word gets around that you're not worth the ticket and trouble of breaking and entering (and clearing out).

Even thieves have a quality of life they need to keep. Your shoddy materials and fakeries will not allow for such accommodation. Best they leave you alone and hit up real and genuine neighbours that can offer something worth their time.

What you will do should the authorities take to listening to stool pigeons ratting you out for being a possible operational counterfeit hub is another story to weave for another day.