Socks and underwear for every Christmas

Eventually, the next morning. Men and women stand around looking off into the heat of Christmas. That blazing saddle chafing at the stress of hustling the city. After the passing hoofs slurp off and out, rescued from the bog and mire with chains and onlookers, the man in the street grabs feebly around his person, but no presents to show for it.

Shopping is essentially a skill hewn in a kitchen oven, the blind bake of sitting rocks on a pastry dish and hoping the grit and silt of the rocks don't transfer into the eventual fruit cake you end up buying. The list, the names, the expectations of looking like you give a damn about what you're throwing into a bag of fish and chips and pulling out, greasy with the receipt you lose when you inevitably want to return the item. You'll have a tough time convincing them to take it back, while the woman in the next lane swaps out a pair of stained underwear. Tis the season. 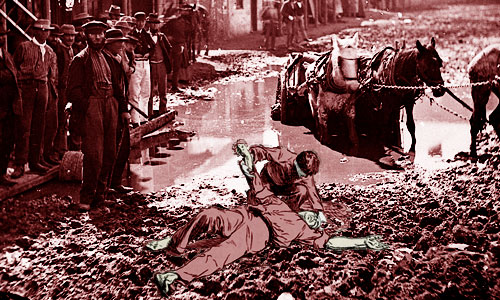 By the corner of King's Own Road and Clarke Streets

A young lad stops his rush and kneels down.

He slaps the man's cheeks a few times, trying to dislodge the unconsciousness. Looking around, the boy steals off a look to the bromeliad next to the hairdressers. Spiky, out of the way, and holding onto a few trinkets within its soil. The man comes to. It's ugly, only days left now until having to face again the throng of people who claim they're related to him in some way or fashion. The man is rambling about his empty hands, the torn bags with presents gone missing.

The crowd throw themselves into a line and run a quick voir dire, but with their pockets and pants full of shared spoils, bias themselves against each other, throwing the whole street court out into the lobby of the Grace Bros.

The boy suggests to the man that he's fallen down, the pressure of finding the perfect gifts for everyone taking its toll. Down before he even started shopping. So how could he be missing anything in the first place? The rest of the crowd, making their shadows form a ring around the supine man, rhubarb in agreement.

Next year I'll start a little earlier, the man thinks to himself. Earlier and earlier, like last year and the year before that. He gives in with a thunderous sigh as mud fills his ears.