"Right here," said Ympeth, chewing on the Q10 tile handed to him by his son, "Right here is where your great-grandfather was born." Pausing to clear the rack, "And here he was killed."

Father and son, watching the Whirling Dervish sweep through town, continue on with their literary at-pieces meal. One of much concentration and wordplay, the Scrabble tiles belie their nutritional value.

An O1 tastes as heavy on the teeth and gumline as a J8. All wood tastes the same after all. Especially after a hearty horizontal and vertical scale across the boards for triple word scores and double letter flourishes to add pinches of flavour and challenge to a meal void of pronouns.

Though it lacks a certain brio in the brioche as it were. May that it be a stimulation for the mind, a fulfilling repast to weigh the gut it sadly is not.

"Son," he starts, spitting out a common, though oft-used E1, "You also were birthed of this place. And one day you will also die here. As we all do."

Steadying, he looks deep into the empty chasm, "There is no recusal against your fate. It is what it is. And you will one day feel it by the hands of your own son or daughter." 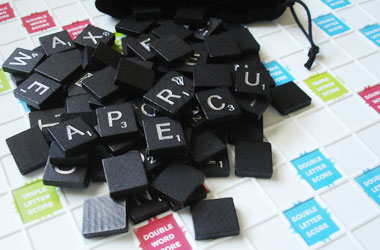 double word score is no consolation