Before I became a materialist, I was religious. I was spiritual. And, I was nourished. It was 1978 and I was studying literature at the Darling Downs Institute of Advanced Education. This would soon become the University of Southern Queensland, a distinguished institution, but at the time, desperate as it was to attract staff, it was still offering life tenure contracts.

My first inkling that something was amiss came in early ’78. An older friend – a mentor, of sorts – had recently attended a symposium on Chaos Theory hosted by the New York Academy of Sciences, and had returned with his head full of new-fangled, contentious ideas. As coffee permeated through filter paper during our discussions so would talk of quantum mechanics, chaos theory, notions of free will, permeate through me.

These new ideas left me vulnerable to new interpretations, to a new scrutiny that would then infect my studies. Later, for example, on re-reading D.H. Lawrence’s “Snake,” I was struck by how mean humankind could be. That cowardly act, picking up the log and throwing it, coupled with his admission: “I thought how paltry, how vulgar, what a mean act!” resonated with me in an ugly way. That ugliness twisted and turned in the way I imagined these new cosmic, sub-universal strings twisted and turned.

Now, I was a transplant to Toowoomba. I came to be here from Dubbo via a handful of formative years in Orange. This caused one significant drawback: I lived a stone’s throw from the Gold Coast, where people would go to spend their leisure time, and I couldn’t surf. Truth be told, I couldn’t even swim. This, coupled with the fact that I had a paunch, wore glasses and had, even then, a preference for cardigans, conferred onto me a rather bookish image that prevented me from meeting girls.

It was during one of the last days of our semester break that I at last felt the spirit of the Lord leave my body. I remember that there were offshore winds and good swells. My friends were swimming and frolicking in the ocean and I, pretending to be absorbed by whatever book it was I was reading at the time, was looking at the girls. Glancing up I remember seeing the surfboard VOOM! uncoil and strike like a serpent.

When they pulled him out of the water I could see a large purple welt forming on his ribcage. He had almost died, the paramedic said, and I realised then that the universe didn’t care a lick for any of us, and, for me, life in those marvelous times was never the same again. 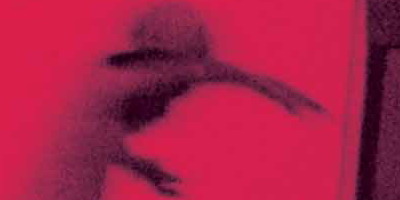