When the Tsar commuted the sentence of Princess Eugenie M. Shakhovskaya, offering life in prison in place of the death penalty by firing squad, his benevolence and tendency towards mercy was celebrated across the whole of the Russian empire.
Of course, to his closest confidantes his reasons for offering clemency were less to do with a generosity of spirit than they were to do with matters of pure, crystalline pragmatism. (This idea of practicality, and this was often acknowledged — but only by those and to those close to the upper echelons of the ruling house of the aristocracy — was seen as somewhat more respectable than fanciful notions of mercy and the like.)
The fact of the matter was that the execution had been scheduled and was expected to be carried out, drearily, much like the thousands of other executions that had had already taken place in this, the glorious Russian empire.

It was, all told, words whispered to the Tsar at the last minute by a lesser, though titled, baron — one Kirill of Smolensk — which led to this unexpected clemency. Sure, the argument went, Princess Eugenie M. Shakhovskaya had committed an incontrovertible act of sedition, for which the death penalty was justified. But to persist with this execution, the Baron Kirill of Smolensk argued, was to risk making a martyr of the princess.

Of course, it would be a mistake to suppose that the story of Princess Eugenie M. Shakhovskaya ended with her close brush with death. Further to her incarceration her teeth were pulled out, paraded, and later stored in the reliquary of that other great Russian institution, the Russian Orthodox Church. 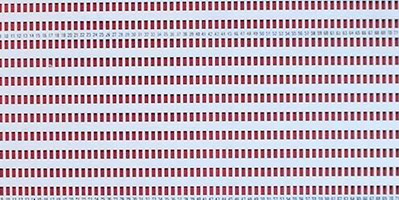