This was just a few years after World War II and Coward wanted to explain to an increasingly exasperated Dickie Mountbatten just what prompted him to write, produce and direct 1942’s In Which We Serve.

It was another of those interminable British movies; the sort in which stiff upper-lipped Britishers drank tea on warships or submarines and simply withstood, or in which children came across dangerous bearded criminals and assumed they were Jesus in a sort of epistemological, ontological clusterfuck.

The point of contention, as far as Dickie was concerned, was the role played by Richard Attenborough. It was his debut. Richard was an unknown at the time, but from the beginning one could tell he would be a success. He was, after all, from the sort of excellent family that produced the likes of Sir David.

After the war, Richard, flush from his success in Brighton Rock was introduced to Dickie at a karaoke club in Soho. Richard had had a few drinks and by anyone’s recollection his attempt at being charming was rather boorish; so boorish in fact that it made the editorial meeting of Punch magazine, though no cartoon was ever produced. He accosted Dickie, demanding to know why he was a Dickie when there wasn’t a trace of Richard in his name. It was thoroughly loathsome behaviour.

Dickie, stung as he was by the incident in Soho, was furious that Coward had launched the career of the young upstart. This was what prompted the disagreement.

It was only after Coward explained that he wasn’t involved in the casting – that would be Irene Howard – and that the crystal decanter of gin made its way to Dickie for the fourth of fifth time that the matter was satisfactorily settled. 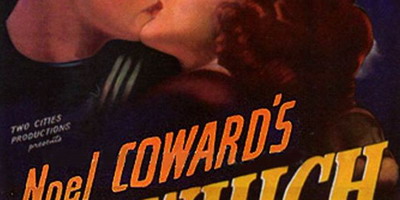 not as good as brighton rock