Prized for its prime parking spot clearance, the small blue sign on the inside of cars and welcoming a mat on the parking bay is a little person sitting on a bean bag looking forward to some sort of entertainment off panel. Otherwise known as the International Symbol of Access, the (intended) interpretation of the symbol supposes the circle portion of the logo to be a wheelchair.

The initial design by Susanne Koefed, of a tadpoliatic subconscious, bore nothing above the neck. Simply a torso and vehicle, aimless and directionless.

Taking the original copy of the submitted design, [Karl] Montan [first Director of the Swedish Handicap Institute and Chair of the RI International Commission for Technical Aids (ICTA),] "humanized" it further by adding a circle to the top of the seated figure, thus giving it a "head." 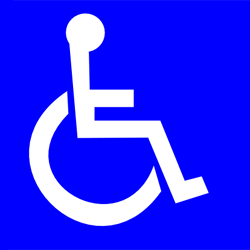 Donning the skull on a headless torso turns out to be an elegant and symbolic nod toward getting ahead in life in spite of, or despite, the binds of a wheelchair and other related paraphernalia.

One disease which collects with it quite an array of paraphernalia is diabetes (types 1 and 2). Test strips, blood glucose meters, insulin shots and the lingering spatter of needle pricks and jabs slipshod across stomachs and fingertips.

Represented across Earth by a blue circle, it's of unity, "life and health," squeezed out of a faceless committee known as the International Diabetes Federation (IDF) in 2006 following a United Nations resolution. 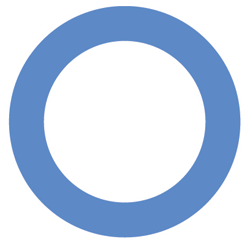 The audio symbol being the sound of a jabber 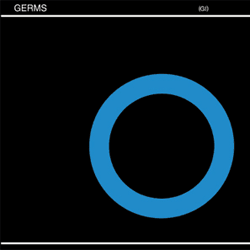 Their lead singer, Darby Crash, as most leads and band members of a touring band are wont to do, taking the raw end of a heroin overdose. An OD in any popular culture never far from track marks, needles and a well-worn elbow. It's a ruthless way to go, not unlike pandering toward a pandour who would rather be called a pandur and not a panda.

Conspicuously the IDF don't make any mention, not slight nor offhand, of Germs across any material on the history, inspiration, distribution, use or application of their shade softer ring of confidence.

That kind of link wrung out like a man sitting on a quartered circle and closing it off from any kind of tenuous public relations hobbling.