I've always stated that I'll know that I've made it in life when I own an argyle fez. However, getting fez makers and argyle manufacturers in the same room has been difficult. Conjuring the synergies between the requisite — though, unfortunately, often antagonistic — parties that will allow for the creation of my argyle fez, has been damn near impossible.

For the time being I look for other such things to make me happy. In this case it was a chance to eat at a newly opened Subway in my own suburb (I love Subway) and tickets to go see Matrix Reloaded (I hate the Matrix (though (I enjoy the company of friends (who unfortunately like The Matrix (and would thus be watching it (making me feel compelled to go see it as well)))))).

I hadn't slept the night before; why, I cannot tell you, as I don't know. Being that I was gonna go watch Matrix Rehashed, I knew that I was going to need some sleep. About an hour or two into my sleep I was awoken by my good friend and occasional mystic guide, Captain Dan. He would be at my place in an hour.

Note: I'm not too sure of what the correct nomenclature for Subway foodstuffs, so I will refer to my meal as "the sandwich".

Now at Subway I eat the Veggie Delite. This is partly because I don't eat meat and partly because, in what amounts to pseudo self-flagellation, I enjoy feeling like an idiot by asking for the one Subway sandwich that has a repulsively stupid name.

I'm not sure if you've ever been to a Subway or understand the logistics of how the sandwich is made, but you step up to the counter, tell the man (in this case I was served by a guy) what bread you want and move along with him as he adds whatever ingredients you ask for to your sandwich. The system is simple enough; hard to foil. This is when things got inept.

I knew there was going to be a problem when after I told the guy serving me what flavour bread I wanted he just shot me a blank look. I'm not too sure exactly what he thought I meant; after all, there's only so many things that "I'd like Hearty Italian bread" can mean. I thought to myself "Oh, God, I'm dealing with a loose cannon here," a notion reinforced by the fact that not only did he not put any cheese on my sandwich, he didn't even offer.

I was asked what I wanted on my sandwich. I replied that I would have everything that constituted a salad. This is when I was accosted with a barrage of redundant questions. Instead of just piling onto my sandwich anything that is saladacious, he proceeded to ask me, before he placed whatever vegetable he was about to place on my sandwich, whether I wanted said vegetable.

After each question I'd reply: "Yeah, anything that's salad, please." After the 3rd or 4th time that I reminded him that I wanted an all salad sandwich he replied, rather tersely, that he had to ask. I was going to tell him that "that's not standard operating procedure there, chuckles," knowing that you only ask before you dish out jalapenos and, sometimes, onions. I kept quiet because I didn't want to start a hoo-ha at the restaurant when I was so close to my first local Subway sandwich experience.

Anyhoo, I guess I flustered the guy serving me because not only did he stop asking me what I wanted on my sandwich, he also stopped adding things to it. I was left with a lettuce, onion, olive and jalapeno sandwich... with no cheese. I think that the last time I was ever so disappointed was when I discovered that I didn't actually care whether Santa Claus existed or not.

Captain Dan's sandwich, roast turkey, if I remember correctly, was produced without a hitch. His was made by the guy who I suspect bought the franchise. I base this on how much he was scrubbing the counters and that he had the inside dope on just which local celebrities were going to be at the grand opening. Captain Dan's journey was still pretty surreal; he was asked if he wanted a meal upgrade: $1.80 for a cookie and a large drink. When Captain Dan asked how much just for the drink, he was told $2. I think they just like losing money.

Captain Dan chalked it all up to "first day jitters," and I can't help agreeing with him. There were, however, no such first "first day jitters" for the makers of the Matrix Piece-of-Shit, who really should have known better. 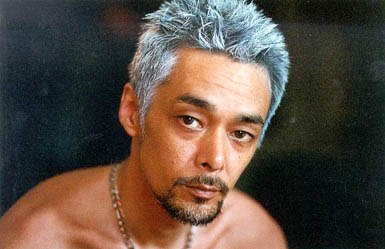 Why I posted this picture here is a question for wiser heads than mine.