Sigh: to, well, I say “to,” but I’d like to clarify. I don’t mean “to” as a preposition, and neither do I mean it as an adverb. No, when I say “to,” I refer to the infinitive marker, that basic form of a verb without an inflection binding it to a particular subject or tense.

So, to sigh, to let... Now, “let,” what do I mean by “let”? “Let” is complex, as it can be a transitive verb or it can be an intransitive verb or it can be, embarrassingly, a simple noun. It is difficult to assess “let” purely as it only takes its correct sense – in the context of my sentence, at least – when in conjunction with the following word. And so, with the word only half-heartedly unpacked, we feel pressed to pick up the thread of our sentence again.

We continue: to let out. “Out.” “Out” is interesting. It is an adverb, an adjective, a preposition and in unguarded cases it can be an interjection. It can also be a noun, so we start to feel a little guilty for being so harsh with nouns earlier. “Out” is also a verb, both intransitive and transitive. Furthermore, when lonely, “out” will often cuddle up to other words and act as a prefix. Here, “out” acts as an adverb.

To let out one’s... When I say “one” the usual culprits crop up – I refer of course to the adjectives and the much-maligned nouns. However, this time around it I can also be a pronoun and, charmingly, acting as the nocturnal twin to the diurnal prefix we discovered earlier, it is also a suffix. Having quickly identified the word as a pronoun, we move on...

So, To let out one’s breath... Ah! A Noun! Just a noun! Finally! Now we truly feel bad for our earlier harshness.

To let out one’s breath audibly. “Audibly” is a tricky one. Nominally an adjective, but modified this time so that it looks (and sounds and reads) a little more like an adverb.

With this we finish.

Sigh, then: to let out one's breath audibly... 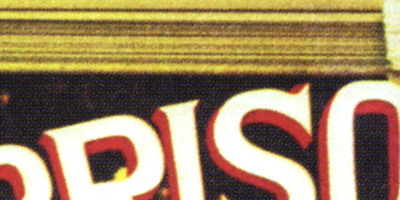 to let out one's breath audibly