Legs furiously pumping, read the poem. In mute nostril agony, too. And as the horses went over, what went little recognised was that they often died before they hit the water.
It wasn’t drowning that killed the horses but the conflagration in their chests; their hearts just exploded.

These weren’t the doldrums either – that term, after all, suggests one is enduring a prolixity of sorts. These, sitting as they do 5° north and south of the equator, have a range that is as dull as its name suggests. No animals died here; it just rains a lot.

The horse latitudes are different, though. That there are two of them – about 30° to 35° north and south of the equator – is your first clue. Then there was the practice of tossing horses over the side – a practice that was never officially curtailed, that faced no abrogation.

Take the Northern Hemisphere, for example – it is, after all, the only hemisphere that counts. Here we find the horse latitudes sitting pretty between the prevailing westerlies and the northeast trade winds. Here, between these two winds, the horse, with its connotations of virility, of power, of immutable untamableness, was reduced to ragged chunks of sinking, stinking flesh – food for fish.

It wasn’t the only time these noble animals have been treated thus: No more. No more, Equus, and the horse was blinded. 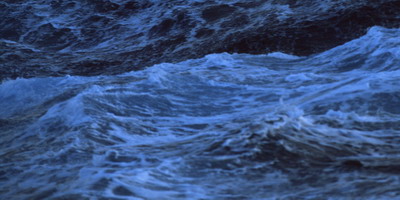