There's an interesting history to (the original) Black Mamba Serums: it was due for release in 2001 - September 11, 2001, to be precise - when it was pulled just before the release date for unknown reasons and where it subsequently remained unreleased for more obvious ones.
It since kicked around for a few years during which time Bigg Jus reworked some of the songs, added bits, subtracted bits, and ultimately crafted Black Mamba Serums v2.0, which, at a concise 53-minutes, is everything that hip hop threatened it could be.

It should be noted that for a debut album Bigg Jus is very generous with his music.
"The Story Entangles (the Under Flippage)" and "Moss Pink Coats '99" both feature substantial performances from Angel Donyel - in the latter she has half a song in which to drop a rhyme and in the former the song is all hers to croon away to her heart's content. Similarly, "No Dessert till You Finish Your Vegetables" has Bigg Jus providing only a chorus around which Marq Spekt spits enraged verses. The last song, "Say Goodbye," finds Bigg Jus sharing both a verse and an indictment of corrupt churches with Jerold Marcellus Bryant. There are, additionally, several songs in which people stop by to drop verses.
As a result, Bigg Jus, whilst being smart enough to share his tracks, has also made sure to avoid the pitfall of many hip hop CDs which often suffer from and overload of guest artists; with Black Mamba Serums V2.0 the balance is perfect.

The real hero of Black Mamba Serums V2.0 is the music though. No concessions to the commercial are made; the beats and the breaks are rough - like, "Muggs, make it rough" rough - and quite a few of the songs are basically formless, with several instances in which the music suddenly veers off in a completely different direction with little heed to rhyme or reason.

The veering, lurching aspect of the music actually provides a perfect framework for Bigg Jus' stream of consciousness delivery, and Bigg Jus, when he's in the mood, takes advantage of this and raps over, under, around, within, [insert preposition] the beat to great effect.
The lyrics can roughly be reduced to a triad of themes; Bigg Jus' shitty and neglected childhood, the state of hip hop at large and, finally, a bitter denunciation of George W. Bush and American foreign policy - all of which is passionately and deftly delivered.

The CD comes with a bonus data component, which consists of the 23 mp3s that were the original Japanese release. Some of the songs here are either an earlier iteration of what can be found on Black Mamba Serums V2.0, dub instrumentals, or else the songs that didn't make the V2.0 cut.

Bigg Jus was, in my opinion, always the most exciting element of Company Flow and to say that this album has been eagerly anticipated would be a gross understatement. If Black Mamba Serums V2.0 isn't the best CD that was released in 2004 then it certainly comes close. 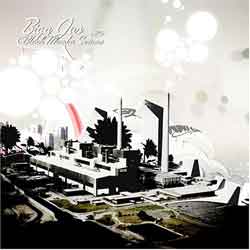 Also, it should be noted that, hilariously, the guy who contributes some of the liner notes in the booklet consistently misspells Bigg Jus' name. Heh, "Big Juss."

I had a few ideas about the truly fantastic ways...