The interludes are little, frantic, or sometimes pretty, snippets of fretless bass noodling that sound like they were recorded in front of an audience but probably weren't. These interludes, aside from being pretty good musically in their own right, serve to offer a brief respite from the songs, which are, for the most part, nothing short of punishing.
(The best track on the CD is, in my opinion, "Tetra-Sync," which is the only song to really combine the frenetic beats with the frenetic bass playing.)

With the songs, it isn't just that the beats are fast to the point of being absurd, it's that the music is also very, very noisy. There are moments when masses upon masses of sound just blare out at you and this, combined with the beats, can make for a very jarring listen.
Fortunately, Ultravisitor is also, surprisingly, a very melodic album, and, sure, the melodies are buried under shards of noise and dissonance and rapid-fire beats, but that's really what makes this CD so fucking amazing and such a rewarding listen.

Of course, not everything is super-fast: "Iambic 9 Poetry," one of the best songs on the CD, for example, starts of with some gorgeous harmonics played on the bass before one of the most amazing breaks I have ever heard kicks in. As the song progresses the beat becomes more and more disheveled before finally disintegrating entirely.
"50 Cycles," on the other hand, features a slower beat and a distorted, fucked up rap about god knows what.
Then, finally, "Circlewave" is a beautifully moody, slower song that builds and builds in intensity.

It will take you forever to fully digest this CD, and when you have done so, you'll listen to it again and discover about a million things that you'll swear you'd never heard before.
Whichever way, you'll be more than amply rewarded for each listen... 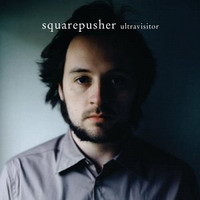