If I'd been given a chance to listen to this CD before I bought it— (the listening post at HMV was broken) —then chances are I wouldn't have.

I'm all for artistic progression, mainly because I realise that taking chances and occasionally fucking up—hello, Roots—is better than releasing the same brilliant album over and over and over again—I'm looking at you Jurassic 5.

The problem with this album is that Aesop Rock, who, incidentally, took over most of the production duties, has pushed the envelope too far. The dense psychedelic soundscapes of Labor Days have been replaced off-kilter drum loops and a very rough production making the first listen jarring at best.

I think this innovation, for better or worse, is the product of being on the Def Jux label, what with Def Jux being one of those labels determined to push hip hop as far as it can go.

Unfortunately, unlike in the case of, say, Missy Elliot, who explores the realms of hip hop while maintaining a strong pop aesthetic, or The Roots, whose experimentation is nothing more than the mastery and transcendence of the genre, the artists on Def Jux tend to confuse innovation with abstruseness.

The denser and harder to absorb an album is the more it is praised as being a masterpiece, the veritable saviour of hip hop. What they don't realise is that music has to be enjoyable to listen to.

I mean, it's not enough to admire the craftsmanship that goes into an album if the art is missing. In essence what we have here is an already cerebral artist becoming even more cerebral.

However, despite its abstruseness, this is still a good CD, an excellent CD, and there are several reasons why.
First, Ace Rock's weird delivery and complex lyrics are still in place and just as difficult to make out and understand as on Labor Days, which, I guess, is why I even listen to Aesop Rock in the first place.
Second, unlike on Labor Days, the beats, though less intricate, or better said, 'subtle', have been brought to the forefront.
Third, there are no skits. There are, however, a few musical interludes at the tail end of about 4 or 5 songs but musical interludes are cool.

All in all, I suspect that this is going to be an album that I'm going to enjoy thoroughly, but one that won't get listened to often—simply because it takes energy to do so. Whichever way, I'm glad I bought it.

This is Aesop Rock: 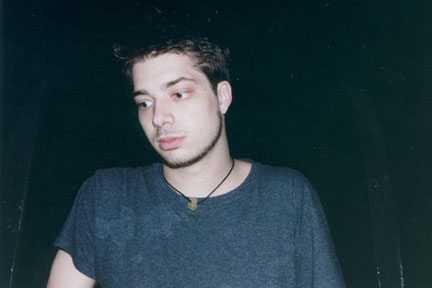 Incidentally, there is a bonus CD with snippets of songs and videoclips and other little titbits. It's mostly forgettable.

peace and love and happiness

Edit: After careful deliberation Bazooka Tooth has been deemed to be the best album of 2003.