The bus comes at twenty past, twenty to and on the hour - always & without fail. There are never any exceptions.
Far more than being a testament to the impeccable punctuality of this particular bus or, indeed, the dedicated people who run the service, the fact of the matter is that this promptness is due more to time travel than any real human efforts.

We're not exactly sure what scandalous trick is being played on our beleaguered commuters or even on the basic principles of time, but the fact remains that some sort of temporal anomaly has engulfed the bus - one which we suspect of not disappearing anytime soon.

At first, no one even noticed anything odd about the service; after all, no one really pays attention to what's going on when they travel, they have other more important things on their minds.
Still, it was apparent that a service of above average quality was being run, and every once in a while someone would call or write the company in charge to commend their professionalism and congratulate them on their most excellent service. The company took the compliments so graciously, so casually, that it only served to enhance their good standing in the community.

{Back when I used to go to church there was a man there who was convinced that the world would end in 1998. He came to this startling conclusion by adding 666 three times (what was, effectively, a matrix of three sixes.) That was seven years ago. . . The world marches bravely on, nary missing a beat. Et le temps passe. Et le temps passe.}

"What was the nature of the anomaly?" they asked themselves. The general consensus was merely that time on the bus was frozen - the source of a schism is never as important as the effect it produces. Lifetimes, they believed, entire lifetimes, could be lived on the bus while time outside would flounder in a grotesque antithesis of movement.

Initially, people sought to take advantage of this "schism"; young lovers sharing their first kiss; psychopaths experiencing the thrill of taking human life; lovers at the point of ecstasy; &c - all these people - all wanting a particular time of their lives to be set in amber, all took advantage of the service.
And they did so by jumping on the bus at the exact second that the moment they wanted to preserve took place.
The people who ran the service sometimes discouraged this, of course - this was certainly true insofar as the lovers and the killers were concerned.

The service, already in good standing with the general public, became more and more popular. People drove to it in flocks, all hoping to take advantage of its magic - after all, they reasoned, this was as close to a fountain of youth as they could ever get.

The queues became so large that it slowly became a hazard. The government threatened to get involved - in fact, scientists had already been dispatched to study just what the hell was going on. 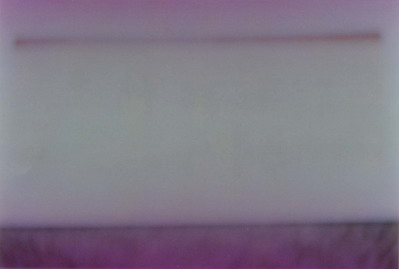 Government intervention was not necessary, however.

Unfortunately, and is often wont, the temporal anomaly didn't (doesn't?) work quite as expected.
Where time outside the bus was mysteriously suspended, time on the bus continued on as normal, and all these people, bathed in the moment of their greatest victory, would once again feel time clawing at them, returning them their desperation: lovers would grow distant and bored; killers would feel the insatiable thirst to choke and take life slowly returning to them; young couples would grow stale and roaming eyes would roam.

This wasn't what they wanted! They wanted a moment frozen in time, not merely time frozen. They wanted the promise and curse of the Grecian urn!

The people felt betrayed and angry. They started to demand things that they weren't even promised, things that were just not possible, and when the bus company couldn't deliver, the people became discouraged.
The letters and phone calls, once glowing with praise, became angry and vindictive. A boycott was organised.

No one uses the service anymore. Oh, sure, every once in a while someone who is dreadfully late for an appointment will hop on the bus and take advantage of its magic, but, even then, it's always as a last resort and always hesitatingly.

The directors of the service are said to be distraught. They've had to reduce the number of runs the bus makes.
At the moment, the bus only comes on the hour, but, rest assured, the bus is never, ever late.

gas mask is the saviour