Shadows never leave, until the darkness fades to bright

Anesti Está Morto craves upon casual anathema. Supping in its glow as it heads into the evening, the cooling air of a humid December brings an extra coat of delight. It is, as a they, an entity recycling the waste of regions underfoot. Ceraising for the steps you do not take.

Smearing themselves in pollen that you leave behind, they feast and procreate in the afterthoughts. For an overloading of sensory joy, they writhe in the ecstasy and the intimacy of the cast-offs. A lonely creature fought and wrought in the creation of loneliness bought on sale, no money down, exile on credit.

Off an auburn port in Grytviken, South Georgia, not too far from the melting ice floes of Antarctica, they capture three magi come bearing rifts and grief. 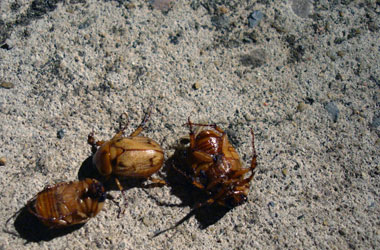 Indistinguishable are the victims

Symbiotic, parasitic, the relatives that overstay their welcome. Having none of that, the Morto grant their own wish toward the magi and line with them an existential exoskeleton.

Within without a thought of their own, crawling and flitting about in the twilight dawn. Clamouring for the light and finding such source on a desolate back porch. Finding too that the lamp is far less brighter. Its artificial embers giving pause.

Now here to experience the scoring cries of pain as their world darkens, spreading thin in the path of a midnight run. A veritable stain of poetic justice, spun in free verse and far too long for a two minute set.

Their very shellacking rescues the magi from the expense of wings that carry no weight in flight. Releasing unto the thin atmosphere riddling in specks of dust.

Seeking revenge in their dying thoughts, they inexplicably go on to feed the Morto.

And the cycle of self-made dinner reservations is complete once more.