Sea urchins churn and, in doing...

“Sea urchins churn and, in doing, give the signal: it’s gonna be a long night,” thus speaketh the lowly pipefish of the family Syngnathidae. This is a warning! Bladderwort-myth has been made real by cultural anxiety and a delay in Zoloft dosing: the Argus Panoptes has come to Hellas.

This is nascent myth unfolding, a transdermal celebration. The Argus is still among his tribe, amongst the forgotten bladderwort, gathering strength. So many people in the neighbourhood have turned to the Moirae, to see where the thread is threatened. A Pythian priestess offers tried and true words: “the pipefish is wise, but it expects tribute.”

And if the pipefish is wise it’s only because it keeps Clotho, Lachesis and Atropos in a sack like little happy colored marbles. “Hey there, fancypants,” the pipefish whispers to The Fates, knowing full well who is in charge. What we now know is that the pipefish is the captain of the show, the proverbial mayor of Chocolate Town. It wasn’t always this way, before Zeus had his way – “I don’t want it,” the pipefish cried, but it was too late, jammed in the fucked jam it finds itself in.

The pipefish accepts tribute. It organises a meet. It points to Alcan Road, which leads to The Argus. Before we head off, the pipefish speaks one last time: “if you could save yourself (you’d save us all).” 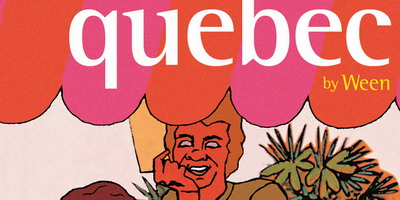 Got that review of quebec by Ween right here.